Why Too Much Positivity Backfires

Positive thinking is based on the false assumption that we can change our thinking with more thinking.

Norman Vincent Peale’s 1950s book, “The Power of Positive Thinking,” has greatly influenced leadership speakers and writers. Anyone who has read it will recognize its principles being repeated frequently. Positivity can be a valuable leadership tool. But it can backfire, leading to a negative impact. 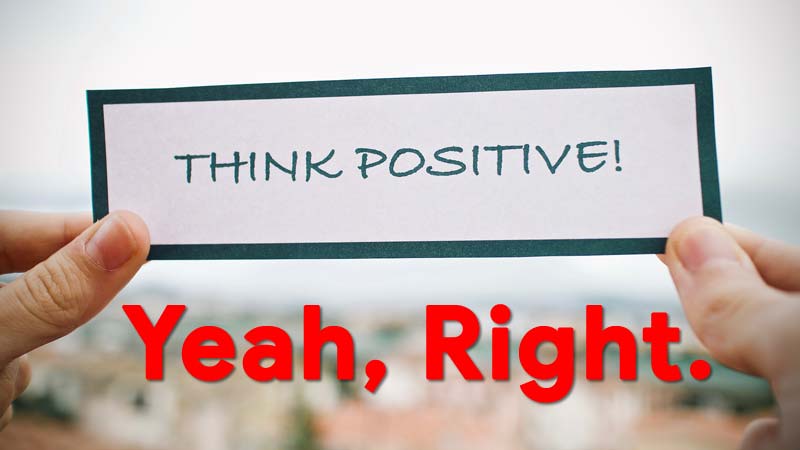 Understanding how the brain reacts to what amounts to cheerleading for a losing team can help business and organizational managers find the best approach.

Victor Frankl, a survivor of Nazi concentration camps, illustrated the danger of too much positivity in his book, “Man’s Search for Meaning.” In it, he relates an important difference between survivors of Nazi concentration camps and those who perished. Prisoners who maintained repeated hopes that liberation would come on specific dates had their hopes dashed, which added to their stress. Many gave up their hopes too quickly. Others, who focused on sheer survival and coping tended to be the survivors.

When people face difficult or threatening conditions, their negative emotions and fear reactions can help them work toward finding an eventual solution.

If they accept false reassurances that the situation will improve soon, negative results become exaggerated and efforts to find solutions dwindle.

Leaders should not present false positive information that will soon be proven incorrect. Instead, they should positively reinforce the message that group efforts will eventually resolve the situation.

A recent study showed that we all want to believe good news. In this study, volunteers had their brains scanned while being questioned about what they thought the probability was of becoming victims of 80 different negative life events, like Alzheimer’s disease, being robbed, and other similar calamities. After the scans, they were informed about the real probabilities of those events. Then, their brains were scanned again. What was discovered was that people ignored the more negative realities but altered their estimates when the real probabilities were more positive.

A cognitive bias exists to believe positive information but reject the negative.

In business and organizational leadership, there is often a tendency to project positive outcomes, even in the face of diminishing probabilities. Peale’s “Positive Thinking” leads many to avoid dealing with negative realities when interacting with those they supervise. As with the concentration camp prisoners, that strategy often leads to repeated evidence that the long-term optimistic view is unrealistic. Instead, realistic, positive short-term goals can energize a group and move it toward a desired result.

The brain reacts according to its expectations.

In another brain imaging study, volunteers experienced heat applied to an extremity. Before the heat was applied, they were shown one of two symbols, which indicated how hot it would feel, including a rather painful level. Volunteers were asked to rate the pain level. The actual heat applied had nothing to do with the symbols displayed. What was discovered was that the reported pain level depended mainly on the symbol that was shown. The brain scan showed clearly that the brain responded according to the expected level of pain, as well, with more activity in regions involved with threat and fear. The responses continued to show the same effect, even after repeated trials.

Running a marathon is a daunting task. Most runners know to focus on running just one more mile, instead of thinking about the pain and fatigue that come later during the race.

The goal of effective leadership is to encourage and enable productive work toward an established goal. Positive projections into the future are rarely effective, when reality makes those projections unlikely. If leaders instead acknowledge the difficult situation and promote efforts that produce real short-term positive results, employees are more likely to focus on those short-term successes and avoid pessimism and its paralyzing effects.

Avoid Leadership Based on Toxic Positivity

Neuroscience research has revealed many facts about how people’s brains respond to a wide range of emotions. In some cases, that research has reinforced traditional leadership training principles. However, in many cases it has also revealed how those principles fall short. Dr. Terry Wu is constantly comparing the latest Neuroscience research with established leadership principles. His goal is to share that new knowledge through public speaking and professional consulting. Contact him to learn how you can benefit from Neuroscience at all levels of leadership. 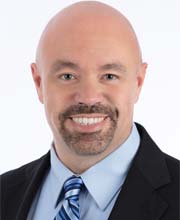 Terry Wu spoke at one of our Accelerated Global Connections events and shared his insights into empowering businesses with Neuroscience. Terry has a relaxed approach to sharing a thought-provoking message. His content is science-based, and his delivery is seamless. Terry’s presentation is one of my favorites given at our events. I recommend you consider Terry for your next keynote! – Travis Sims, Founder and CEO, Accelerated Global Connections
Check Dr. Wu's Availability